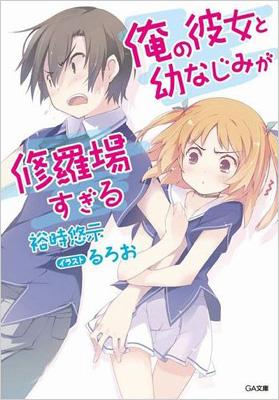 Other manga that will run in the magazine include the adaptation of the upcoming Rinne no Lagrange anime (pictured above right) and a manga adaptation of Yūji Yūji's Ore no Kanojo to Osananajimi ga Shuraba Sugiru romantic comedy light novel series. The first issue will bundle a 10-centimeter (about 4-inch) figure of Popura Taneshima from the Working!! manga.

discuss this in the forum (2 posts) |
bookmark/share with:

Nov 20, 00:00
2 comments
movie
Fans of the long-time Case Closed franchise in the United States and Canada can rent or purchase The Crimson Love Letter on Google Play, iTunes, Microsoft Store, PlayStation Store, and Amazon Prime Video. ― TMS has officially announced that the Case Closed movie Case Closed: The Crimson Love Letter can now be purchased on digital starting November 19th. Fans of the long-time franchise in the United S...